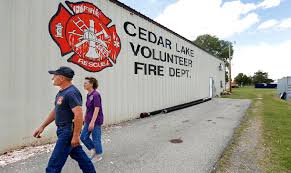 House Majority Leader Mike Sanders (R-Kingfisher) said close to 500 new volunteer firefighters have joined rural fire departments four years after he successfully ran legislation that eliminated the age limit for new volunteers. He expects to see an even greater increase with the passage of another law that takes this week.

House Bill 2005, authored by Sanders, took effect Nov. 1, 2015. The law eliminated the 45-year-old age limit for new firefighters by giving them the ability to join a department without the requirement that they be added to the state’s pension plan.

This year, Sanders saw his House Bill 2051 passed and signed into law. The measure allows retired firefighters who are already part of the state’s pension program to return to service in volunteer fire departments without it affecting their current retirement benefit and without it counting as an accrued retirement benefit against the state’s pension plan. 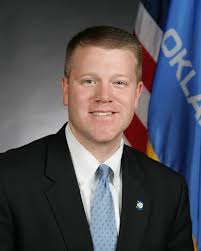 “Saving lives and property is behind my commitment to continue to increase the number of firefighters who serve our state, especially our volunteers who help run our rural fire service programs,” Sanders said. “By allowing those who are willing to serve to do so without harming the state’s pension program gives us more resources to protect our citizens and our communities.”

Sanders said about 85 percent of the firefighters in Oklahoma are volunteers, and 95 percent of the state’s fire departments are certified with the Rural Fire Defense Program, meaning they serve rural populations.

State law, however, previously prohibited willing volunteers over the age of 45 from becoming firefighters because the state’s pension and retirement plan simply could not afford them.

Sanders said he asked constituents above the age of 45 if they would be interested in volunteering and about whether or not they needed a pension. Most said they already had pensions but would be more than willing to serve.

Sanders worked with former Council of Firefighter Training (COFT) Executive Director the late Jon Hansen on HB 2005 and with the Oklahoma State Firefighters Association on HB 2051. Lawmakers and rural fire coordinators from across the state helped in the drafting of both bills.

House Bills 2005 and 2051 both were approved unanimously in the Oklahoma House of Representatives and the Oklahoma Senate before being signed into law by the governor.