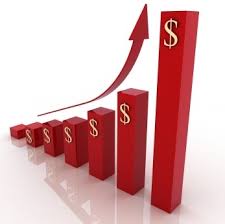 Phillips 66 Partners reported record earnings of $237 million or $1.15 per common unit in the third quarter, a slight increase over the earnings of the second quarter of the year. Adjusted EBITDA was $323 million up from the $319 million reported in the previous quarter.

The company stated that the improvements are primarily due to higher volumes and increased tariff rates, partially offset by higher planned maintenance expenses.

“We delivered another quarter of record earnings and further advanced our major projects,” said Greg Garland, Phillips 66 Partners’ chairman and CEO. “We reached full production at the Lake Charles isomerization unit and started line fill and commissioning activities on the Gray Oak Pipeline. Our financial strength and portfolio of organic projects position us well to deliver competitive distribution growth while maintaining strong coverage and leverage ratios.”

On Oct. 16, 2019, the general partner’s board of directors declared a third-quarter 2019 cash distribution of $0.865 per common unit, a 9% increase over third quarter 2018. The Partnership has increased its distribution per common unit every quarter since its initial public offering in July 2013.

As of Sept. 30, 2019, total debt outstanding was $3.8 billion, reflecting a $900 million issuance of unsecured notes and a $400 million term loan repayment in the quarter. The Partnership had $655 million in cash and cash equivalents and $749 million available under its revolving credit facility. On Oct. 15, 2019, the Partnership repaid an additional $300 million of debt.

The Partnership’s total capital spending for the quarter was $161 million, including $25 million of maintenance capital. Expansion capital of $136 million included spend on the C2G Pipeline, the Clemens Caverns and the Sweeny to Pasadena Pipeline, as well as investment in the South Texas Gateway Terminal.

On Aug. 1, 2019, the Partnership closed on a transaction to eliminate the incentive distribution rights (IDRs) and economic interest of its general partner in exchange for 101 million newly issued common units. Following the close of the transaction, Phillips 66 held approximately 170 million common units, representing 75% of outstanding common units.

The Partnership is constructing the 900,000 barrels per day (BPD) Gray Oak Pipeline, which is anticipated to begin initial service in the fourth quarter of 2019. The pipeline will provide crude oil transportation from the Permian and Eagle Ford to Texas Gulf Coast destinations that include Corpus Christi, the Sweeny area, including the Phillips 66 Sweeny Refinery, as well as access to the Houston market. Phillips 66 Partners has a 42.25% ownership in the pipeline.

The Gray Oak Pipeline will connect to multiple terminals in Corpus Christi, including the South Texas Gateway Terminal currently being constructed by Buckeye Partners, L.P. The marine export terminal will have two deepwater docks, with storage capacity of over 7 million barrels and up to 800,000 BPD of throughput capacity. Phillips 66 Partners owns a 25% interest in the terminal, which is expected to start up by mid-2020.