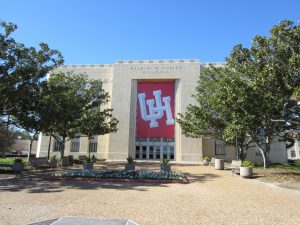 The University of Houston refused to waver to calls to disinvite oil industry speakers at its fall convocation held last Thursday. A recent graduate had called on the university to stop Gerald McElvy, a board of regents member and alumna April Feick from speaking at the event.

McElvy worked for ExxonMobil for 33 years, while Feick is executive advisor to the chairman of the corporation. Feick gave the keynote speech and McElvy introduced her.

The petition stated that “the administration should feel the utmost responsibility to fight environmental racism in Houston,” claiming that ExxonMobil’s alleged sins primarily hurt people of color. It points to fines, judgments and ongoing litigation against ExxonMobil in the Houston area, a heavy producer of oil, and other states.

University officials should “instead invite speakers who represent the values the University of Houston strives to uphold,” according to the petition.

It cites the university’s mission statement as contrary to the invitations – that the community should “identify and respond to the economic, social and cultural challenges affecting the quality of life in the city of Houston, the state of Texas and the world.” The invitations also violate the values of “the student body and community.”

Houston Public Media reported that “nearly 300 students, alumni, and others” had signed the petition at that time, a figure it apparently received from Katherine Fischer, who created it.

“The Fall Convocation celebrates the hard work, achievements and potential of University of Houston faculty and students, and connects them with UH alumni and community leaders,” according to a statement independently provided to The College Fix by two media relations staffers for the university, Shawn Lindsey and Chris Stipes.

“We look forward to our students hearing from invited guests who span a wide array of backgrounds, associations and experiences,” the statement continued: