Renewable energy gains made in Kansas 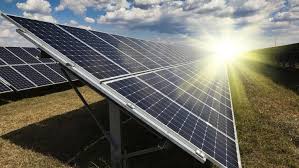 A new solar farm in Baldwin City, Kansas highlights the growth made by Kansas in the past decade when it comes to renewable power generation.  The solar panel field was unveiled Tuesday.

A report in the Topeka Capital Journal indicated the state is prepared to make larger gains in the renewable energy field.

Researchers, clean energy advocates and utility officials praise technological advances that have made renewable energy comparable in cost to power generated from fossil fuels. Kansas is positioned for additional gains over the next decade in the march toward eliminating all emissions in energy production.

The report from Environment America and the Frontier Group tracks 10 years of dramatic growth in renewable energy production. The nation now produces 40 times more solar power and 270% more wind power than in 2009, the report found.

Climate change, accelerated in part by emissions from burning fossil fuels, serves as the backdrop to the report.

“Our most tangible and leading solution to the climate problem we’re facing — and for air pollution, water pollution and all the environmental challenges of our time — is renewable energy,” Searson said.

In Kansas, the report found, wind generation grew six-fold from 2009 to 2018. The amount of wind, solar and hydro electricity now generated in Kansas is equal to 47% of the state’s power consumption, second-best to North Dakota.

Kimberly Svaty, policy director for the Advanced Power Alliance, said the energy economy has changed more than people ever expected in the past five to 10 years. There are times when more than 60% of the power flowing into a regional grid is being generated by wind, Svaty said.

“Kansas wind is such a good resource — it is really the best in the world,” Svaty said. “That makes our product so competitive.”

Solar power, Svaty said, is about 12 years behind wind in development but is growing and changing. Solar power isn’t just the panels people install on their homes anymore. The state is seeing more large-scale commercial solar farms come online.

“The intrigue and excitement of that technology innovation being rapidly poured into that segment of the power sector — what is that going to mean for everyone’s daily lives?” Svaty said.

Construction began in March on Baldwin City’s solar array, which is capable of powering 250 homes. Evergy, the utility formed through the merger of Westar and KCP&L, built and will operate the facility, and will sell the power to Baldwin City for 30 years.

Chuck Caisley, senior vice president for marketing and public affairs at Evergy, said the company began with wind energy as a way to support the Kansas economy and address environmental concerns.

“Over the last decade, the cost of wind has declined so much that now it is as much an economic decision as it is a balancing of our generation portfolio and a sustainability provision,” Caisley said.

Looking ahead to the next 10 years, Caisley said, the big breakthroughs will be in energy storage. Advancements could allow for the use of renewable-sourced power when the sun isn’t shining or the wind isn’t blowing.

Caisley said it is possible for the state to be entirely dependent on renewable power by 2050.

“Is it conceivable, and do I think it has a good chance of happening? Yeah, I do,” Caisley said. “Because somewhere in the next 10 years, you will see technology in storage have a breakthrough, and I think you’ll also see technology in just the efficiency of renewables really accelerate.”

Searson, the Environment America researcher, said the technology needed to reach the target of 100% clean energy is largely ready.

“It will take a lot of political willpower, but that’s something we absolutely have the ability to do,” Searson said. “It’s within reach. We just have to lean in with the progress we’ve made so far.”