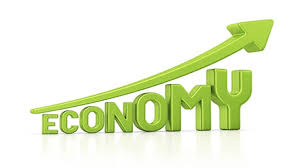 Oklahoma’s economy isn’t just zipping along but it continues to show growth, despite a slowdown of oil and gas tax receipts and a slight drop in income tax collections. It’s the summary offered by State Treasurer Randy McDaniel as he announced the August gross receipts to the treasury were up 3.2 percent compared to August 2018.

In the past year, oil and gas gross production tax collections totaled $1.17 billion, up by $414.1 million or 54.9 percent from the previous period.

“Oklahoma’s economy is still expanding,” McDaniel said. “While we continue to see economic growth, it’s not as robust as in previous months.”

The growth rate in total August gross receipts is the lowest in more than two years, and is driven by reduced collections from oil and gas production. In the past year, crude oil prices have fallen by almost 20 percent and rig counts are off by more than 40 percent.

Receipts from the gross production tax on oil and gas have dropped by more than a third since collections peaked in November 2018.

A slight decline from the prior year in income tax collections is credited to non-economic reasons. Tax officials said there were fewer reporting deadlines for remittance of withholding taxes this August compared to last. 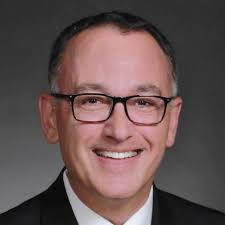 This is the last month in which comparison to the same month of the prior year is impacted by any of the tax hikes in HB 1010.

Increased revenue from higher rates on gasoline and diesel fuel, along with a $1 per pack increase on cigarettes was first collected in August 2018 and is therefore included in the monthly bottom line comparison this month.

The increase in the incentive tax rate on the gross production of oil and natural gas was first collected in September 2018 and will not provide a straight-line comparison with the prior year until next month’s report.

The Oklahoma Business Conditions index for August dipped into negative territory after two months above growth neutral. August’s rate of 49.6 is down from July’s rate of 52.8. The index was also below growth neutral in April and May. Numbers below 50 indicate anticipated economic contraction during the next three to six months.

Oklahoma’s seasonally adjusted unemployment rate of 3.2 percent and the U.S. jobless rate of 3.7 percent were both unchanged in July from the previous month, according to figures released by the Oklahoma Employment Security Commission.

Gross income tax collections, a combination of individual and corporate income taxes, generated $266 million, a decrease of $11.4 million, or 4.1 percent, from the previous August.

Individual income tax collections for the month are $259.2 million, down by $9.1 million, or 3.4 percent, from the prior year. Corporate collections are $6.8 million, a decrease of $2.3 million, or 25.2 percent. Wide variances in corporate receipts are not uncommon.

Combined sales and use tax collections, including remittances on behalf of cities and counties, total $483.6 million in August. That is $21.2 million, or 4.6 percent, more than August 2018.

Other collections, consisting of about 60 different sources including taxes on fuel, tobacco, medical marijuana, and alcoholic beverages, produced $131.5 million during the month. That is $16.9 million, or 14.7 percent, more than last August.

Combined sales and use taxes for the 12 months generated $5.6 billion, an increase of $331.9 million, or 6.3 percent, from the prior period.

Motor vehicle collections total $788.4 million for the 12 months. This is an increase of $13.8 million, or 1.8 percent, from the trailing period.