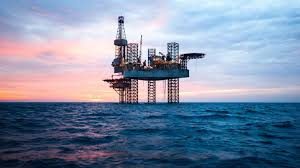 The House passed a bill this week to permanently ban offshore drilling off Florida’s Gulf Coast but without the support of four of the five representatives from Oklahoma.

It was a party-line split in the state as Democrat Kendra Horn was among 248 Representatives who supported the measure that Democrats argued would help Florida’s tourism industry and military installations.

Oklahoma’s four Republicans, Tom Cole, Kevin Hern, Frank Lucas and Markwayne Mullin were among 180 representatives who voted against the measure.

At least 21 Republicans voted for the measure while four Democrats and one independent were against the measure.

The measure was initially sponsored by Rep. Francis Rooney, considered to be Florida’s most pro-environment Republican in Congress.

“I think it’s an important first step,” he told the Miami Herald. “We’re all going to have to all work together to convince President Trump that this is so important for Florida that he’s got to support us on this.”

His bill is on its way to the U.S. Senate.