Biden’s ties to oil and gas 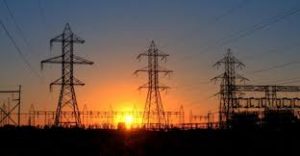 When temperatures soared to at least 109 degrees in late August in the Texas Panhandle area, it resulted in a record use in electricity. Residents turned to their air conditioners to keep cool under the scorching sun on August 26 and Xcel Energy reported an all-time record use.

“The investments we’ve made in new power lines, substations and power generating resources have better prepared us for these really hot days,” said David Hudson, president, Xcel Energy – New Mexico, Texas. “Only a decade ago, we were challenged by a shortage of electricity reserves and overloaded lines and substations, so we’ve come a long way in a relatively short amount of time.”

Much of the Panhandle and South Plains saw record heat that day, with Lubbock reaching 109 – setting a new record high for the month of August, according to the National Weather Service. Childress saw a record high of 106, while Amarillo topped out at 95 for the day – benefiting earlier from a cool front that moved in from the north.

A growing supply of wind energy on the system has added additional reserves of electricity while displacing higher-cost electricity generated at fossil fuel plants, saving customers millions in fuel costs. On Aug. 26, wind energy made up between 13 and 40 percent of the hourly power supply throughout the day, with close to 1,400 megawatts of wind energy, or about 23 percent of the total mix, coming onto the system at the peak time around 5 p.m. For the entire day, wind accounted for 27 percent of the average energy mix. The rest of the electricity was supplied by natural gas and coal-fueled power plants and solar facilities, located in the Xcel Energy Texas and New Mexico service region.

Since June, customers have benefited from 478 additional megawatts of wind capacity from the new Hale Wind Project near Plainview, Texas. Last week, the company announced it will move forward with the Sagamore Wind Project, a 522-megawatt wind energy project south of Portales, New Mexico. Together these two wind facilities will generate enough electricity to power close to 378,000 typical homes in the region annually, and at the cheapest cost of any other generation source on the regional system. The annual cost to customers to recover the investment in the new wind farms will be eclipsed by the fuel cost savings the facilities deliver by displacing power generation from older fossil fuel plants, Hudson said.