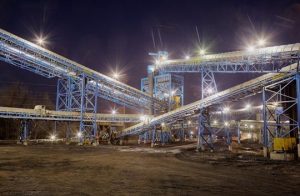 Tulsa’s Alliance Resource Partners, L.P. announced it is shutting down operations of one of its coal mines where operations started in 1969.

The company announced coal production will end August 16 at the Dotiki Mine in Webster County, Kentucky.

“Unfortunately, weak market conditions made this action necessary,” said Joseph W. Craft III, Chairman, President and Chief Executive Officer. “We are saddened that production will be ending at the Dotiki Mine, which was opened in 1969 and is the oldest mine operated by ARLP.”

The company said instead of continuing operations at the Dotiki mine complex, the company will focus on its lower-cost mines in the Illinois Basin. After production ceases, the operation will engage in reclamation of equipment and infrastructure for an indeterminate time.

The Dotiki Mine complex has been been a mainstay of the economy in Webster County and the surrounding region for half a century according to the Henderson, Kentucky newspaper, The Gleaner.

A 2016 National Public Radio story about coal production in the U.S. cited the difficult work done by workers at Dotiki, but also reported that many of the miners there routinely pulled in pay of $100,000 and above yearly.

ARLP does not expect this action to have any impact on its previously announced earnings guidance provided in its July 26, 2019 Press Release, including 2019 full-year ranges for coal production of 40.8 to 42.3 million tons and coal sales volumes of 40.8 to 42.4 million tons.