Oil and gas rig counts continue to tumble in Oklahoma 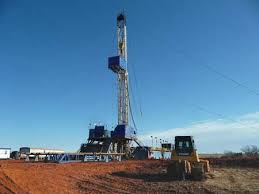 Oklahoma’s oil and gas rig count continues to tumble as the latest Baker Hughes Co. rig numbers show the state dropped 5 more rigs in the past week to reach a total of 88.

One year ago, Oklahoma had 137 active rigs. Other states saw a reduction in their rig counts and nationally, the numbers fell by 4 to reach 942. This past week’s nationwide count is down 102 from last year when there were 1,044 active oil and gas rigs.

In the past week, the national oil rig count fell by 6 to reach 770 while the number of gas rigs increased by 2 to reach 171.

The count in Louisiana dropped by one to 61. The Red Top Rig Report from the Independent Oil and Gas Association in Wichita reported the Kansas rig count dropped 2 to reach 34. A year ago, there were 43 working rigs in the state.

The D-J Basin in Colorado and Wyoming stayed at 8  while the Eagle Ford in South Texas remained at 66.