Impact of BP’s move to bail out of Alaska

Government predicts 2019 to be a year of refinery production slowdown 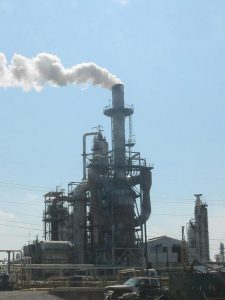 After record-breaking activity last year, U.S. refineries are expected to slow down in 2019, the Energy Information Agency reported this week.

Refineries are expected to process 17 million barrels of crude a day this year, down 2 percent from last year and the first annual decline since 2009 according to a report by the Houston Chronicle.

EIA attributed the decline to the shutdown of the Philadelphia Energy Solutions refinery, the largest on the East Coast, after an explosion in June.

But the EIA is also expecting a turn-around in production next year.