Government predicts 2019 to be a year of refinery production slowdown 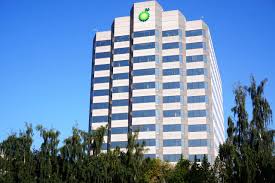 After 60 years of oil exploration in Alaska, British oil major BP is leaving.  The company agreed to sell all of its Alaska properties in a $5.6 billion deal with privately-held Hilcorp Energy Co.

The deal, which includes interests in the most prolific oil field in U.S. history at Prudhoe Bay, and the 800-mile Trans Alaska Pipeline, is part of BP’s plan to raise $10 billion over the next two years through asset sales to further strengthen its balance sheet, it said.

For years, BP has been reducing its role in Alaska, where oil production has fallen with declines at the Prudhoe Bay field. BP, which began working in Alaska in 1959, is the operator and holds a 26% stake in Prudhoe, where production began in 1977.

In 2014, BP sold Hilcorp half its share of an Alaskan project. This year, the two were due to decide whether to go ahead with an ambitious $1.5 billion offshore project that requires construction of a man-made island.