Vance Air Base whistleblower to get more than $800,000 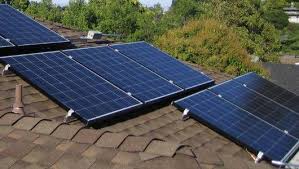 Over the course of the 8 years a solar-loan program has existed in the Oklahoma City municipal government, only about $900,000 has been loaned to homeowners who want solar power.

The program offers qualifying homeowners with an annual household income of $100,000 or less a loan of up to $15,000 with a fixed 3% interest rate, according to T.O. Bowman, LEED Green Associate Sustainability Manager of the Office of Sustainability in the City Planning Department.

“As loans are paid back, the dollars can be loaned out again to another applicant. The total through FY19 means that every dollar in the original $330,000 investment has been loaned out 2.74 times in increments of $15,000 or less,” stated  Bowman in an email to OK Energy Today.

He explained the Green Home Loan Program was funded with a $380,000 portion of a $5.4 million American Reinvestment and Recovery Act award granted the city from the US Energy Department. The grant was under the Energy Efficiency and Conservation Block Grant program.

“When the program started, $50,000 was used for Community Action Agency administrative start-up. Additionally, the City pays $10,000 each year from the general fund for administration,” stated Bowman.