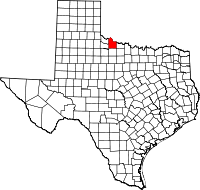 The latest wind farm to go commercially operational in Texas is the Lockett Wind project near Wilbarger, Texas, just at the border with far southwest Oklahoma.

Lincoln Clean Energy, a subsidiary of Orsted announced it achieve commercial operation of the 184 megawatt wind farm that will generate more than 700,000 megawatt-hours of renewable energy a year. That’s enough to power the equivalent of 70,000 U.S. homes.

With the addition of Lockett Wind to its portfolio, LCE now has more than 1GW of operational assets across the United States along with over 1.3GWs in construction and late stage development.