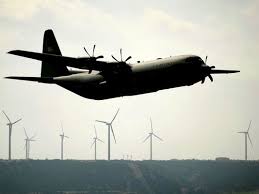 The Oklahoma Corporation Commission has started the process of creating the rules that will be part of a new wind law in the state, one designed to protect military installations.

The Commission’s Deputy General Counsel, Jeff W. Kline sent out a notification this week that the Commission’s Public Utility Division will hold industry meetings as part of implementing HB 2218 which was signed into law on an emergency basis by Gov. Kevin Stitt.

The law was a result of negotiations between the wind industry and the Defense Department which was concerned about the encroachment of wind farms close to military installations and their air strips. The military along with the Oklahoma Aeronautics Commission were concerned about low-level flight training and how it might be affected by an increasing number of wind turbines.

Under the new law, wind farm developers will need approval from the Federal Aviation Administration and the Military Aviation and Installation Assurance Siting Clearinghouse.  Developers will also have to notify the Corporation Commission.