Tillerson admits Exxon paid too much for XTO Energy 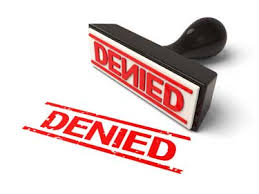 Tulsa-based Williams Cos. Inc. suffered another setback in its efforts to build a $1 billion pipeline to carry natural gas from Pennsylvania to New York. New Jersey regulators voted to reject key permits for the company to build its Northeast Supply Enhancement line, copying what New York did last month.

The New Jersey Department of Environmental Protection denied permits for waterfront development and wetlands work. The 26-inch pipeline is to be laid under 23.5 miles of ocean in New York  Jersey and New York as it supplies energy to New York City residents who are converting from heating oil to natural gas.

But, it also allowed Williams Co to adjust its plans and re-apply. It is what happened in mid-May when the New York Department of Environmental Conservation denied the company’s application for water quality certification. The certification is needed because the $1 billion project could harm aquatic life.

The Federal Energy Regulatory Commission gave approval for the project in early May, but the company still must gain permission from the states before it can start construction.

Williams started plans for the project in 2016 through Transco, its pipeline company in the Northeast. The project is an expansion of Transco’s interstate natural gas transmission system in Pennsylvania and New Jersey, USA, and its offshore natural gas pipeline system in New Jersey and New York waters.