Oklahoma oil and gas operator announces investment in the Permian 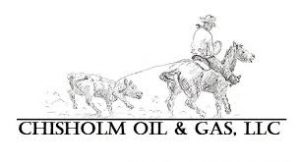 A new oil and gas development company is being created out of the merger of one in Tulsa and another in Houston and the new firm will dedicate its drilling in Oklahoma’s STACK play.

Chisholm Oil and Gas of Tulsa announced the merger with Gastar Exploration LLC of Houston, Texas. The two firms entered into definitive agreements to effect a merger and the the combined company will operate under the name of Chisholm Oil and Gas.

The newly-formed company will be headquartered in Tulsa. The announcement stated it will have net production of nearly 20,000 Boe a day and a combined acreage position of about 165,000 net acres  primarily in Kingfisher County.

But Chisholm had also acquired oil and gas assets throughout the STACK play in Blaine, Canadian, Logan and Major Counties as well.

Gastar was focused on the exploration and development of its Mid-Continent assets in the STACK Play in Oklahoma, which includes the Hunton Limestone, Meramec Shale/Mississippi Lime, Woodford Shale, and Osage and Oswego formations.

Chisholm is currently running three rigs and has a dedicated frac crew. The parties  stated they believe that the Gastar assets will be highly synergistic to their upstream operations as well as to Chisholm’s ownership stake in Great Salt Plains Midstream Holdings, LLC and its wholly-owned salt water disposal subsidiary, Cottonmouth SWD, LLC.

The transaction is expected to close in the 3rd quarter of 2019, subject to satisfaction of customary closing conditions.