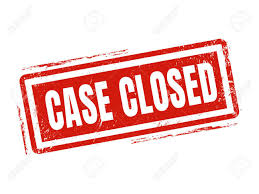 The Inspector General for the Environmental Protection Agency has formally closed its investigation into some of the allegations against former EPA Administrator Scott Pruitt. It issued no findings against Pruitt.

The specific probe in question focused on allegations that Pruitt, the former Oklahoma Attorney General, misused his federal position for personal gain. The claims alleged he had attempted to obtain a Chick-fil-A franchise and other work for his wife.

Investigators for the IG talked to witnesses and reviewed records and even worked with the independent Office of Government Ethics. They admitted last fall that with Pruitt’s resignation in July of 2018, theirs and other probes were “stymied” and they were unable to interview Pruitt. 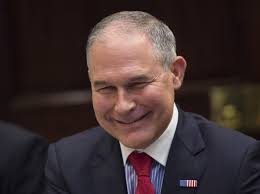 This week, the OIG stated in a letter that the investigation was “officially closed.” The announcement prompted long-time Democratic critics of Pruitt,  Sens. Tom Udall of New Mexico and Tom Carper of Delaware to complain that he had been “virtually let off the hook from being held accountable.”

They and another Democrat, Sen. Sheldon Whitehouse of Rhode Island asked for the investigation one year ago only to learn this week the probe had gone nowhere.

“Scott Pruitt left EPA in disgrace, yet now he’s been virtually let off the hook from being held accountable for his grossly unethical behavior. In a case as egregious as Mr. Pruitt’s, the decision to close this investigation sends the wrong message about the consequences for ethics violations in this administration,” stated Sens. Udall and Carper.

“Even if the OIG is closing this investigation – and even if the Wheeler EPA refuses to hold Pruitt accountable for his myriad misdeeds – the American people can clearly see that Mr. Pruitt abused the power of his office to benefit himself and his family, often at the taxpayer’s expense. The Trump administration has shown over and over again that self-dealing and corruption will be met with a blind eye and that those who violate the public trust will get off scot-free.”

They said the Trump EPA only has itself to blame for the loss of public trust in the agency.

“Steps need to be implemented transparently and immediately to undo the damage that has been done by Scott Pruitt’s disgraceful tenure and to hold him accountable, or else taxpayers will see such abuse again and again.”

Most inspectors general, including EPA’s, don’t have the authority to subpoena testimony from former federal employees. Federal IGs and watchdog nonprofits have complained for years that being handcuffed like that means the subject of an investigation can stymie it simply by resigning or retiring.