Another report of a looming shortage of helium

New reports continue to suggest there is a growing shortage of helium in the U.S. and the problem stems from distribution.

It’s reportedly even part of the reason the retailer Party City is closing some of its 870 stores where it sells birthday balloons filled with helium. The company made the move because of falling sales, blamed in part on the inability to get helium for its balloons.

Three sources exist for 75% of the world’s helium and they include the National Helium Reserve in the Texas Panhandle as well as natural gas mining by ExxonMobil in Wyoming. The third site is an industrial city in Qatar. 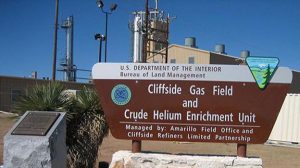 The gas from these supplies, however, appears to be dwindling, especially in the Panhandle. And the shortage is affecting not just party balloons, but far more serious aspects of life.

New sources of helium are coming online, but the first won’t be until 2020, when a large processing plant in Qatar is expected to go online, followed in 2021 by another in Siberia.

By the time the shortage lifts, though, there could be a widespread ban on helium balloons.

Environmental groups say sea wildlife and land animals are choking in great numbers on such balloons, thinking they are part of food supplies, “causing intestinal blockage, or they get entangled in any attached strings, both leading to a slow and agonizing death.”

So far, at least one state has legislation pending that bans helium balloons, and there are movements afoot in other states to follow suit. Some 30 cities across the U.S. have also banned the release of helium balloons.