Record rainfall is reported in Oklahoma 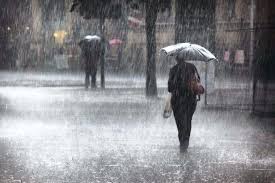 While concern is growing about the flood levees in Tulsa, the rainfall amounts are growing to record levels in northeast Oklahoma.

Gov. Kevin Stitt planned a meeting Tuesday with the Chief Engineer of the Army Corps of Engineers to discuss the levee situation as well as the increased release of water from Keystone Lake.

More severe weather and rain are in the forecast this week and the Tulsa World reported it will only increase the record levels of rain. 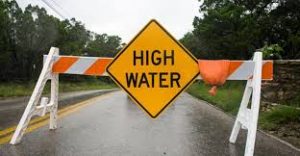 Rainfall in north central Oklahoma is up 337% over normal, making it the wettest ever. In northeast Oklahoma, it’s up 335%, a new record.

The Oklahoma Climatological Survey offers rainfall rankings since they started keeping track in 1921.

Every region of the state is up triple digits in the percent increase over normal.

Statewide, rainfall is up 245% in the past 30 days and is right now the second wettest on record.

Here are the highest rain totals in the last 30 days:

As for other areas of the state, Climatologist Gary McManus wrote Tuesday,

“Now listen, I can sit here and argue with all you “Tommy Boy” aficionados (sing
it loud, sing it proud!) about the correct spelling of “schnikies,” but sooner
or later we need to come to grips with the fact that more rain is gonna fail on
our beleaguered state. And that’s the first time that sentence has ever been
uttered in the history of civilization. Can’t speak for pre-history, but I doubt
it. But anyway, we’ve already seen a near historic levels of rain. How much, you
ask? Well, think “almost May 2015” levels.
So far this May, we’ve seen a statewide average of 9.70 inches of rain according
to the Oklahoma Mesonet. That not only puts May 2019 in the wettest Mays on
record for Oklahoma, but the wettest MONTHS of any calendar month, dating back
to 1895. Check out the updated list of wettest Oklahoma months, with four more
days to go in our current month.
May 2015: 14.44″
Oct 1941: 10.75″
May 1957: 10.54″
May 1982: 10.38″
May 2019:  9.70″
May 1943:  9.66″
Jun 2007:  9.51″
May 1902:  9.14″
Jul 1950:  9.07″
It’s not a coincidence that six of the nine wettest months in state history are
May. And also note just how badly May 2015 shattered the previous record holder,
October 1941. Nearly 4 inches! If it wasn’t for May 2015, we’d be talking about
May 2019 approaching hallowed ground, challenging October 1941 for wettest
month on record. At any rate, it still has a bit of time to move up the rankings.
Hope it doesn’t, but more rain looks likely. Here’s what the month has looked
like in maps so far. So thus far, north central Oklahoma has managed to eclipse 1957 for it’s wettest May 1-27 on record, so any rainfall they get tonight (Tuesday) is just gravy. They will no doubt end up with their wettest May on record as well. Northeast, west central, and central Oklahoma could eclipse their previous records as well if they get any substantial rain before Saturday.
They’re battling some hefty totals, but it’s possible, unfortunately. If it does happen, it would no doubt be catastrophic to add that much more rain to the state.”