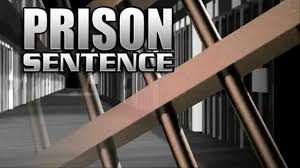 A former oil company owner from Cromwell has been sentenced to six years in federal prison after defrauding investors out of hundreds of thousands of dollars.

Kevin Wieck, 56 was sentenced this week in Oklahoma City federal court by U.S. District Judge Joe Heaton. He had been convicted by a jury last fall and the judge also ordered him to pay $358,256 in restitution.

Wieck convinced investors o help finance the drilling of wells but instead fled to Mexico in 2014 where prosecutors say he spent the money on vacations, booze and drugs.

“He squandered all of that money on alcohol, on drugs, on first-class plane tickets and on vacations,” asserted Assistant U.S. Attorney Julia Berry during the sentencing hearing. “He is a man motivated by greed and self-interest and has no remorse for his actions.”

“It’s clear he committed several serious offenses. I think there needs to be a substantial sentence to reflect that,” said the Judge in sentencing Wieck.

Prosecutors sought a higher restitution amount because of more lost funds discovered when Landmark Energy company purchased the wells operated by Wieck’s oil company. More than another $300,000 in unpaid bills were found.