The “T-word” gets approval at the Oklahoma legislature 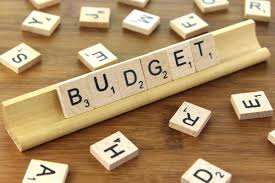 The $8.1 billion budget approved by the Senate on Tuesday and sent to Oklahoma Gov. Kevin Stitt includes money for rural Oklahoma, areas where the state’s oil and gas industry drills for new energy.

The budget includes $500,000 to fund a public-private partnership to maintain clean water in Northeast Oklahoma and areas with high poultry density. It’s an area near the popular Illinois River where residents have fought an expansion of poultry operations.

The budget will provide $1.1 million for wildfire mitigation and more resources for rural fire fighters. Another $1.5 million will go toward improvement of rural flood control dams. It raises the question of whether legislators wonder this week if they should have increased the amount due to the statewide flooding.

“This is a tremendous budget for Oklahoma because it makes huge investments in our classrooms, gives teachers and state employees another significant pay raise, puts money toward criminal justice reforms, and saves $200 million to help in the event of an economic downturn in the future,” said Senate President Pro Tempore Greg Treat, R-Oklahoma City. “Senate Republicans kept our commitment to invest in education by appropriating $74.4 million for our classrooms. We also addressed our priority to fund criminal justice reforms. The budget also shows fiscal restraint because we’re putting away $200 million in savings, bringing the state’s total amount of savings to $1 billion. I want to thank Senator Roger Thompson, the Senate appropriations chairman, for his hard work, skill, and leadership in crafting this budget deal. I also want to commend the senators who chaired Senate appropriations subcommittee for sharpening their pencils and helping put together a great budget.”

“Tough choices by the Legislature in recent years put our state in a much better financial position, and because of those decisions we had nearly $600 million in new funding to appropriate. This budget makes great use of those dollars by making a $157.9 million investment in public schools, which includes $74.4 million into our classrooms so local schools can hire more teachers to lower class sizes or purchase classroom supplies. Overall, this is a great budget that makes significant investments in critical services while saving $200 million to help when the inevitable economic downturn hits in the future. I want to thank the Senate appropriations subcommittee chairs who did a tremendous job in delving into the numbers to help us come up with a great budget deal,” said Senator Roger Thompson, R-Okemah.

Among the highlights of the FY’2020 budget include: