Rep. Lucas says Democrats are out of touch with Main Street America 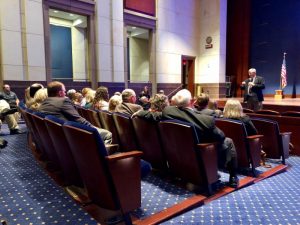 Oklahoma Congressman Frank Lucas says the Green New Deal is an example of why he believes the nation’s Democratic party is out of touch with Main Street America and the average American.

Here’s how he put it in his weekly update to his constituents,

“As Congress begins another work week in Washington, D.C., the 116th Congress will soon be recognizing the first 100 days of the Democratic majority.

From the Green New Deal to Medicare for All, the rise of anti-Semitism, and a number of other extreme proposals, House Democrats have marked their first 100 days in the majority defining themselves as a party that is out of touch with Main Street and the average American. “
“I can assure you, my Republican colleagues and I, will continue to address the needs of the American people and responsibly legislate on behalf of the people of the Third Congressional District of Oklahoma,” said the Congressman.