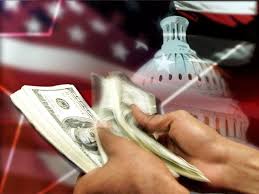 A study by a non-partisan non-profit research group finds those opposed to the Green New Deal are getting far more money from the nation’s largest oil and gas companies than those who support the controversial plan.

It’s the finding of  Maplight, a research organization that reveals and tracks the influence of money in politics in the U.S. the study showed the average opponent of the Green New Deal has received 24 times more campaign cash from the largest oil and gas companies than sponsors of the climate change resolution.