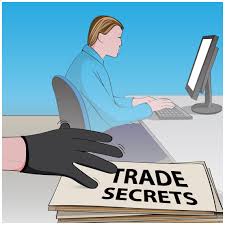 The 35 year old Chinese national arrested in January and accused of stealing trade secrets from Phillips 66 where he worked in Bartlesville was supposed to go to trial this coming week. But a new date of May 20 has been set in the case against Hongjin Tan, according to records on file at the U.S.  District Court of Northern Oklahoma in Tulsa.

In their court filings, government prosecutors indicated they will produce more than four terabytes of computer evidence or Electronically Stored Information. Much was generated from the search of “multiple e-mail accounts, lap tops, DVD’s, thumb drives and hard drives,” according to court records.

Tan was hired two years ago, who was a citizen of The People’s Republic of China but now a legal permanent resident of the U.S. to be a research engineer at the Phillips 66 battery development group. But in December of 2018, the FBI was notified by the company of the suspected theft. 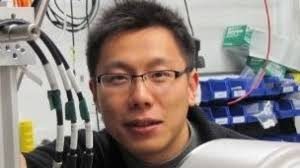 The company notified the FBI on Dec. 13, 2018, one day after Tan gave two weeks notice that he was resigning to return to China. Tan told the company he did not have a job offer. The company immediately revoked his access to company systems and began a systems access review of his computer activity.

That’s what sparked the phone call to the FBI. The company, according to federal court documents showed Tan had accessed hundreds of files including research reports. He reviewed the company’s files on how to make a new battery but how to market it.

Phillips 66 management considered the files to be “trade secrets and outside the scope of Tan’s employment.” As company leaders continued their computer review, they discovered that Tan had downloaded restricted files to a personal thumb drive, which he did not have authorization to do.

“Tan’s supervisor confirmed that nothing in the downloaded files was within Tan’s area of responsibility,” according to a criminal complaint filing against Tan. The discovery of the thumbdrive download prompted Phillips security to immediately march Tan out of the company property and bar him from returning.

Later in the day that he was escorted off the property, Tan texted his supervisor inquiring about a flash drive he had at his home. When he returned it to the company, it was discovered to contain sensitive information that “would have a tremendous impact to (Phillips) in terms of technological and economic loss if they were to be shared or given to a competing company.” Each page was marked “confidential” and “restricted.”

The company access review also revealed Tan had allegedly deleted company files the day before he resigned. Experts at Phillips determined it was information about how to manufacture some of the company’s products.

A letter of agreement indicated he had already provided information to the firm and would provide more. The company agreed to pay him $58,000 for the information which it described as “talent.”