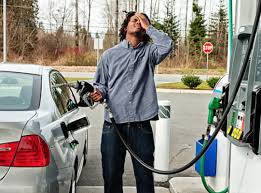 Gasoline prices jumped another 7 to 8 cents a gallon across the state this week with a new average price of $2.59 a gallon. A week ago, Oklahoma’s average was $2.51 a gallon, according to AAA Oklahoma. The national average rose to $2.83 a gallon.

Cities such as Lawton and Tishomingo have the lowest average at $2.50 a gallon while Hollis in the far southwest is highest at $2.90 on average.  Western and northwest counties continue with the highest average prices such as $2.76 in Roger Mills, $2.82 in Ellis and $2.78 in Kingfisher counties.

GasBuddy also reported the cheapest gasoline in Oklahoma City was $2.25 a gallon while the highest price is $2.92 a gallon.

AAA Oklahoma reports Tulsa prices average $2.55, up from the $2.48 reported a week ago.

“The national average gas price has now risen for the ninth straight week, adding 57 cents a gallon in that time and now costing Americans about $200 million more per day than it did to start the year. The effect of rising prices isn’t about to let up as a spate of refinery outages on the West Coast and in California has given way to a tightening of summer blended gasoline in advance of the summer driving season set to kick in in the weeks ahead,” said Dan McTeague, senior petroleum analyst with GasBuddy. “Even with early signs of markets reaching their heights for California-spec fuel, the damage has been done and gas prices are still playing catch up to the highs of April. With California pump prices now firmly over $4 a gallon, the march to $4.15 may be attained in the weeks ahead before any relief, while the rest of the nation faces the prospect of $3 a gallon by month’s end.”