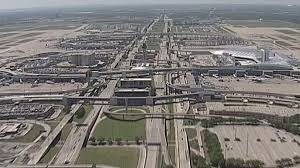 The Dallas Fort Worth airport has become the largest airport in the world and the first in North America to become a carbon neutral airport.

DFW achieved the three-year Airport Carbon Accreditation through 2021, becoming the largest in the world to get it.

The Airport indicated it also diverted 180,000 tons from landfills by recycling in 2018. DFW now buys 100 percent of its electricity from Texas wind farms.

The airport is using other methods to achieve some of its environmental goals including the installation of highly efficient plumbing fixtures in the terminals and office buildings. As a result, the airport lowered customer water usage, saving millions of gallons a month. The airport also partnered with neighboring cities  to create a reclaimed water-delivery system that provides water irrigation.