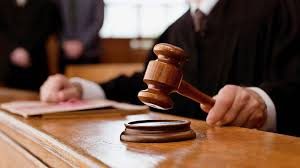 U.S. District Judge Steven P. Shreder of the Eastern District of Oklahoma denied the company’s efforts to have the 2016 lawsuit dismissed.

Dorsey J. Reirdon filed suit claiming Cimarex Energy and one of its subsidiaries had been using natural gas from wells for fuel. His lawsuit contended also underpaid royalty to him through a policy of not paying royalties for fuel gas.

Magnum Hunter, a wholly-owned subsidiary of Cimarex Energy Co. was the lessee and sold the gas to Madill Gas Processing Company, L.L.C and delivers it to Madill’s North Madill Compressor station in Marshall County. A pro rata share of the gas is used off the leased property as Fuel Gas to power compressors which move the gas to Madill’s gas processing plant.

Cimarex sought to have the suit dismissed but the judge ruled otherwise.