Blueknight Energy reports losses for 2018 and the 4Q

The company explained its fourth quarter net loss was impacted by impairment charges of $40.7 million and $10 million related to the Partnership’s Oklahoma pipeline system and its Cimarron Express pipeline project.

Adjusted earnings before interest, taxes, depreciation and amortization were also down. They totaled $13.8 million for the fourth quarter of 2018 compared to $14.1 million a year earlier.

The distributable cash flow fell too, going from $8.6 million at the end of the 2017 fourth quarter to $6.5 million for the 2018 fourth quarter. 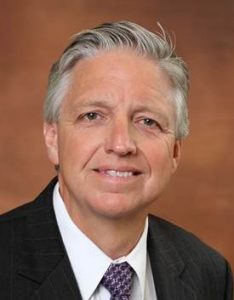 How did Blueknight’s CEO Mark Hurley explain it?

“As noted above, our net loss in the fourth quarter was impacted by impairment charges primarily related to our Oklahoma pipeline system and the Cimarron Express pipeline project,” he said. “As we have discussed in previous communications, most of this reduction is attributable to the Crude Oil Terminalling Services segment, where a challenging market in mid-2018 led to a significant reduction in revenue.”

But he says the market has also rebounded well and the company’s Cushing terminal as of the first quarter 2019 is ince again  fully leased and expected to remain so through the remainder of the year.

“Inventories at Cushing have been consistently increasing since the fourth quarter of 2018 and now stand at 47.5 million barrels, according to the Energy Information Administration, which is approximately 20 million barrels higher than this time last year. Industry analysts are forecasting a continuing inventory build through the rest of 2019, which should support a strong storage market.,” added Hurley.

He pointed to growth in the company’s asphalt business and expects to see more at its terminals in Colorado.

Hurley also said the start-up of the company’s light crude oil pipeline in the second half of 2018 is expected to be cash-flow positive in the first quarter of this year.