Record levels of crude by rail reported in Canada 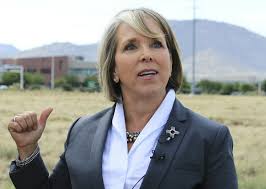 Her bill, authored by Democratic state Sen. Richard Martinez passed out of its first legislative committee this past week even though Republicans fought it.

The collection of fines against oilfield operators has ground to a near halt in the aftermath of a 2009 state Supreme Court decision that required the involvement of state prosecutors to assess penalties according to the Associated Press.

Proposed reforms would give new authority to the Oil Conservation Division to pursue sanctions directly through administrative hearings or litigation again operators of oil wells and disposal wells that inject wastewater back underground.

Possible fines would increase from $1,000 a day to $15,000 — and up to $25,000 against operators who flout compliance or court orders. It also would set up procedures for enforcement hearings and appeals.

“It’s not about unfairly penalizing the oil industry,” Martinez told a Senate panel on conservation. “It is about aggressively pursuing bad actors.”

Similar proposals have repeatedly stalled in the past decade. The political landscape for reform has shifted this year with election of a Democratic governor and land commissioner to oversee oil leases across extensive state trust lands and underground mineral rights.

Ryan Flynn, executive director of the New Mexico Oil and Gas Association, said the industry is willing to work with lawmakers as they develop some additional tools for state oilfield regulators.

He said the association disagrees with provisions that would apply strict liability to violations of the state Oil and Gas Act, regardless of whether a person knowingly or willfully violated the law.

“We are comfortable in working on a system that will allow the (state energy) agency to do more enforcement administratively, to not have to go to the courts,” he said.

The state is experiencing record-breaking oil production, propelled by exploration in the Permian Basin that straddles Texas and southeastern New Mexico.

The hazards of the current oversight system are highlighted by sanctions against the Texas-based oilfield business Siana Operating over accusations it trespassed and spilled waste on state trust lands even as it fell behind on lease payments. It is unclear whether multimillion-dollar, court-ordered fines against the bankrupt company this year ever will be paid.

“Really what we’re talking about is getting the enforcement authority to write a ticket before it gets to that level,” said Ben Shelton, legislative director for Conservation Voters New Mexico.