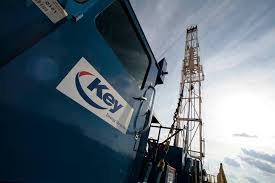 Company leadership blamed the losses on a slowdown in oilfield activity in 2018 and the decline in oil prices.

The loss figured to be $1.14 per share compared to a year ago when the company’s consolidated revenues were $134.7 million and the net loss totaled $23.9 million or $1.18 per share.

Key’s President and Chief Executive Officer, Rob Saltiel, stated, “Our fourth quarter results were impacted by a general reduction in activity due to the completion of clients’ 2018 budgets, the decline in oil prices from October onward and the seasonal holiday slowdown. This particularly affected our coiled tubing business and our 24-hour completion rigs in the Permian Basin.  Despite the decline in activity and revenues, our results benefited from price increases during the fourth quarter and our success in lowering our cost structure.   These factors lessened the impact on our net loss and Adjusted EBITDA from the quarter-to-quarter decline in revenue.”

He went on to indicate the firm expects an increase of up to 5 percent in first quarter 2019 revenues. Since Key Energy was founded in 1977, the firm has opened an office in El Reno, Oklahoma and made major acquisitions of Oklahoma energy businesses to expand its own operations.