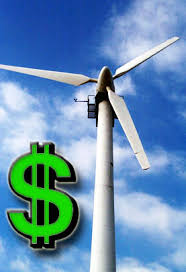 An Oklahoma Corporation Commission administrator is telling legislative leaders and others that a proposed $50 tax on every wind turbine in the state would raise less than $200,000 a year.

“While the requested $50 per turbine fee does not fully cover PUD’s costs to administer its duties and obligations under the Act, PUD believes that as new turbines begin commercial operation and begin paying the $50 annual fee, that it will cover a significant portion of its costs in the near future,” he wrote in an affidavit. “PUD believes that a fee of $50.00 per wind turbine is fair, just and reasonable.”

Wreath estimated the annual Information Technology expense of collecting the $50 fee would be $10,000. He indicated the fee would have produced $199,200 had it been implemented last year. Wreath said there is an estimated 895 wind turbines under construction and development while there is another 3,984 wind turbines commercially operating in the state.

However, some of the wind turbines are publicly owned and would be exempt from paying the wind turbine fee. Wreath explained the $50 fee in 2018 would have produced far less than the $199,200 estimation based on all operating turbines.

Click here to read report on the wind turbine fee.