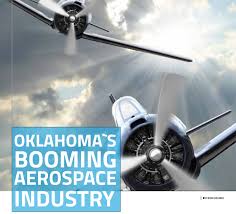 The Oklahoma Aeronautics Commission is planning to hold an Aviation and Aerospace Awareness Day in March at the State Capitol.

Called “AERO Oklahoma”, it will be held from 10 a.m. until 2 p.m. on Tuesday, March 19 in the first, second and fourth floor of the rotunda of the capitol.

The commission says the day will be to recognize the aviation and aerospace industry and how much of a vital economic engine it is for Oklahoma.

” As Oklahoma’s second largest industry, aviation has a significant impact on the lives of our citizens,” stated the commission in an announcement.

The industry products nearly $44 billion in annual economic activity in the state making it the second largest economic engine in Oklahoma. Military aviation accounts for $19.3 billion while off-airport aviation and aerospace businesses have a $13.9 billion impact. The 109 commercial and general aviation airports produce $10.6 billion in revenue while the total industry supports 206,000 jobs with an annual payroll of $11.7 billion. 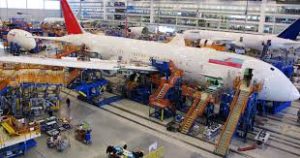 The commission is also organizing a career fair to be held during the event and aviation and aerospace industry exhibitors will visit with those seeking jobs in the industry. Major companies such as AAR, American Airlines, Boeing, Consolidated Turbine, Pratt Whitney and Northrup Grumman will be among the many exhibitors.

Exhibit booths will open at 10:00 am.  On the fourth floor rotunda at 10:30 am, state leaders are set to welcome the aviation and aerospace community with remarks about the important economic impact of aviation and aerospace in the state.  A Tinker representative will then speak from the podium regarding the impact of military aviation and the bases and installations in Oklahoma.  Victor Bird, Director of the Aeronautics Commission will conclude the day with remarks at 1:45 pm.