SandRidge Energy is under new leadership 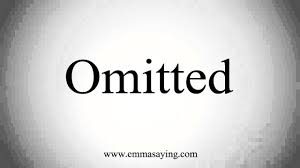 The Natural Resources Committee is planning a full month of climate change hearings, as House Democrats look to bring the issue to the forefront of the 116th Congress.

But it is clear the Democratic leadership is already playing politics. breaking with historical bipartisan tradition. It is display on the U.S. House Natural Resources Committee’s government website which lists only Democratic members. The Republicans, including Oklahoma Congressman Kevin Hern of Tulsa are not listed.

A search through Wikipedia finally revealed the identities of the Republicans who sit on the committee now chaired by Rep. Raul M. Grijalva of Arizona.

Grijalva is described on his own website as “Congress’ foremost advocate for protecting our open spaces, defending tribal sovereignty and treaty rights, respecting our bedrock environmental laws and balancing our nation’s economic activity

In September 2016 he traveled to the Standing Rock Sioux camp in North Dakota to support tribes’ insistence on full consultation before the completion of the controversial Dakota Access Pipeline. He received a perfect 100% score on the National Parks Action Fund scorecard for the 114th Congress, highlighting his continued role as a national leader on public lands conservation.

An announcement by the Natural Resources Committee this week underscored how the Democratic leadership views the oil and gas industry and the Trump administration.

“A Democratic forum yesterday led by Rep. Alan Lowenthal (D-Calif.) and Chairman Raúl M. Grijalva (D-Ariz.) revealed severe shutdown impacts across the country, from renewable energy to tourism to tribal consultation, and underscored the Trump administration’s brazen favoritism toward the oil and gas industry throughout the shutdown,” stated the release from the government website.

Since the names of the Republicans were omitted from the committee membership, here they are: