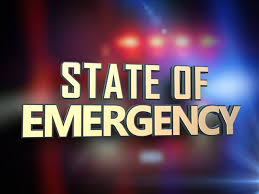 Following severe storms, tornadoes and straight-line winds that caused damage in Oklahoma on Friday, Governor Mary Fallin declared a state of emergency for 12 counties, according to a press release issued on Wednesday.

The counties included in the governor’s declaration are:

The most significant damage occurred at the Lake Tenkiller marina. No deaths were reported from the storms.

Under the governor’s executive order, state agencies may make emergency purchases and acquisitions needed to expedite the delivery of resources to local jurisdictions. The declaration also marks a first step toward seeking federal assistance should it be necessary.

The executive order is in effect for 30 days and may be amended to include additional counties if needed.