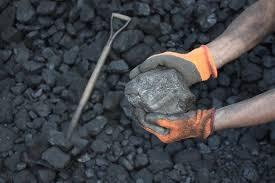 A new federal government report reveals U.S. coal consumption has dropped to its lowest level since the Jimmy Carter Administration.

The report from the U.S. Energy Information Administration showed the United States is estimated to burn through 691 million short tons of coal this year, falling to its lowest level since 1979, a 39 percent drop from coal’s peak in 2007.

Despite efforts by President Trump to jumpstart the coal sector, the decline comes after easing environmental regulations and considering federal intervention to raise rates for coal and nuclear plants.

The report places blame squarely as a “result of both the retirements of coal-fired power plants and the decreases in the capacity factors, or utilization, of coal plants.” The report further states, “increased competition from natural gas and renewable sources have reduced coal’s market share.”

OK Energy Today has reported on numerous coal plant closures, with 11 megawatts of coal plants already retired this year and another 3 megawatts expected to soon follow.

The forecast for coal consumption next year is expected to fall by 7 percent to 641 million short tons.