Sen. Inhofe and others focus on cleaning up trash from the world’s oceans 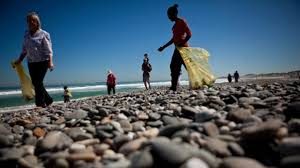 Oklahoma U.S. Sen. Jim Inhofe and others on the Senate Committee on Environment and Public Works focused this past week on cleaning up the oceans during a hearing on capitol hill.

Their attention was devoted to the question: How to reduce the impact of man-made trash on the environment, wildlife and human health?

Two witnesses testified and answered questions from Sen. Inhofe and other committee members. They were Cal Dooley who is President and Chief Executive Officer of the American Chemistry Council and Bruce Karas, Vice President of Environment and Sustainability at Coca-Cola North America.

Inhofe: Thank you, Mr. Chairman. Senator Whitehouse, you opened your comments, great comments about the fact that we don’t have the control over some of the foreign countries that we would otherwise have. I want to give another side to that because in some of these countries they’ve actually got ideas that we haven’t gotten.

One of my close friends in the continent of Africa is Paul Kagame, who is the head of Rwanda, he made a decision to really clean up his country and I have to tell you guys that out of all 54 countries, and I’ve been to all of them, in Africa you go in there—that is the clean, pristine country—Rwanda. And he’s starting, don’t get me wrong on this, I’m not suggesting this, Mr. Karas, but the first thing he did was outlaw plastic bags, then he went on and now when you go through, you go from the airport to the headquarters, you just see a pristine country.

I think we ought to really sit down and look and see some of the things that he has done successfully and emulate those. I’m kind of surprised not many people have talked about the meeting that took place just last week. Maybe it’s because it’s so soon afterwards, but it was in Nova Scotia for the G7 people and our participant there of course was Andrew Wheeler, who worked for me for 14 years, was very active on this committee and he attended that. It was a meeting where they discussed the very thing that we are discussing here.

The objective, I’m going to read this and then I am going to be asking you to put the outline in the record, is to “to incentivize the development of innovative social or technological solutions for a more sustainable management of plastics throughout their lifecycle in order to increase resource efficiency and to reduce marine plastic pollution including by finding innovative ways to enhance waste management of plastics that may become marine litter.” And they have excellent suggestions, actually at this point in the record if you’d include this, with no objections, thank you.

Now, I’d ask you, Mr. Dooley, I think you are familiar with this and nothing much has been said about this, but I’d like to know what thoughts you have about the recommendations that have come from the G7 talks that took place. Actually, that meeting took place in Nova Scotia, right up in to last Saturday, I think they concluded it. So your thoughts about what has happened there and how that coordinates with the recommendations that we’re making with this excellent panel that we have.

Dooley: Well, ACC(American Chemistry Council) was very pleased that Administrator Wheeler attended that meeting and also committed, along with the balance of the environmental ministers there, to really support moving forward on how could they collectively create greater incentives for the development of innovations that would contribute to the elimination of plastic waste.

It really was building upon one of the commitments that Trudeau made at the G7 principals meeting, where he committed to doing a hundred-million dollar innovation grant that was really trying to provide a public sector investment that would be matched oftentimes by private sector commitments.

That was focused on trying to eliminate plastic waste in the environment. That was further developed under the Challenge Program that was talked about at the Halifax meeting of the G7. We think those are opportunities to really leverage the private sector funding and to ensure, again, that we have a collaborative effort to identify what are going to be the most cost effective investments of both taxpayer dollars as well as private sector funds. …

Inhofe: That’s good and I think we need to become more familiar with that. A lot of heavyweights were involved in those decisions in that discussion in Nova Scotia. Mr. Karas, I think we may share one philosophy that I’ve kind of picked out of your opening statement, and that is it’s been my experience over the years, and as I’ve actually been on this committee since I don’t know what, a lot of years and a long time, that some of the solutions to problems are best handled by the private sector.

I can remember when we had a lot of the Superfund problems and I was actually chairing this committee at that time. One happened, I won’t mention the oil company, but it was an oil company though that was working at that time in Louisiana and they did have a spill, and it was a pretty serious one. So they went in and evaluated what it would take to clean that up and what it would cost to clean that up and I’m going from memory now, but I think it was something like it would take 13 months if this oil company were allowed to do it and at the cost of $7 million.

EPA rejected it, at that time, we were kicking and screaming about that, but they did, and they took this on and it ended up taking not 13 months but four years and not $7 million but $15 million.

Karas: Thank you, Senator. I think the way I would answer that question would be in really looking at this space. We’re good at making beverages and marketing beverages and selling, that’s our core business, we make beverages. And what we find when we get into a space like waste is we have to rely—in my comments I talked about the critical importance of partnerships—we have to rely on others.

For us, it gives us resources that we thought we would never have, knowledge and information that we wouldn’t have access to, and really we learned a lot and advanced quickly. So I think our learning in these spaces has been it’s absolutely mandatory for us to really reach out and engage with trade groups like ACC, with technical people that are knowledgeable to really come to a great solution collectively and I think that’s what ultimately wins the day.

Even when do partnerships through our foundation, we have something called a Golden Triangle Partnership, and what we learned and when we link business, civil society and the government together, to look at a problem, we usually get to a really good place—a place we wouldn’t have got to by ourselves.