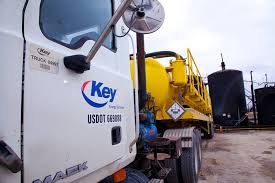 Houston’s Key Energy, the Texas company with a regional office in El Reno and operations throughout Oklahoma announced Monday a proposal to combine with Basic Energy Services in an all-stock merger.

Key sent letters to management and Basic’s Board of Directors on September 20 and again on Sept. 23 outlining the merger proposal and a desire to negotiate a transaction.

Key state it believes that the proposed combination is attractive strategically and financially for both companies given the highly complementary nature of their respective businesses and significant cost synergies that could be realized in the combination.

Basic Energy is headquartered in Fort Worth, Texas and its website states it supports six geomarkets conducting markets in the Texas Gulf Coast region, the Central Region, the Permian Basin of West Texas, California, the Appalachian region and the Rocky Mountains.

It also has a regional office in Yukon, Oklahoma where it offers well  servicing, snubbing, water logistics, saltwater disposal,  and rental/fishing tools. Basic Energy has other Oklahoma offices in Cushing, Duncan, Fairview, Lindsay, Waukomis and Woodward.

Robert J. Saltiel, Key’s President and Chief Executive Officer, stated, “We are ready to move ahead swiftly to finalize a combination with Basic. We believe such a combination will create significant value for both shareholder groups and result in the combined company being a leader in the production services segment.”

Saltiel concluded, “We have tremendous respect for the Board, management and employees of Basic. We believe that we will be able to capitalize on the strengths of each organization to create a stronger combined company better able to invest in people and assets to serve the needs of our customers.”