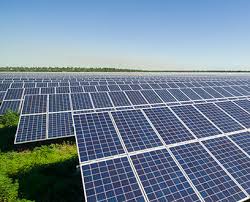 While Oklahoma has a few commercial solar operations, such as those installed by OGE in northwest Oklahoma and near its Mustang power plant in Oklahoma City, the state has yet to grasp the idea of solar power.

And recently the U.S. Energy Information Administration indicated the installation of solar power has slowed across the U.S.  More than 486,000 kilowatts of solar panels were shipped in June, a 40 percent drop from a year earlier.

Observers say that after the solar industry had a record year in 2016 with more than 13.4 million kilowatts of solar panels installed, the industry has suffered a pull back. They believe 2016 was a record year as the industry rushed to take advantage of a federal tax credit that was scheduled to expire but was eventually extended by Congress.

Still, solar capacity is expected to more than double over the next five years. Whether Oklahoma will be a part of it remains to be seen with the available of electrical power from wind farms and still-remaining coal-fired power plants.

The August 2018 edition of Electric Power Monthly showed five states, Massachusetts, California, Hawaii, Nevada and Vermont represent 10% or more of in-state generation. Nationwide, solar made up 2.4% of total generation in the first half of the year with the combination of solar and wind making up just under 10%.