New member of GRDA is named by Governor Fallin 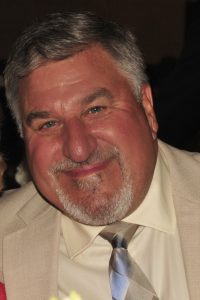 Lewandowski, of Afton, will serve a five-year term effective Aug. 30, and ending Aug. 29, 2023. He will serve as an at-large member on the GRDA. No Senate confirmation is required.

Lewandowski started working for the McDonald’s Corp. in 1980 as a supervisor for a licensee. In 1986, he and his wife, Julie, became owner-operators of a McDonald’s. They owned and operated a McDonald’s restaurant for 31 years, selling the family business in July 2017.

He has served on many boards during his tenure with McDonald’s dealing with a variety of topics, along with working with church, bank and city organizations.

“Mike Lewandowski is a successful businessman who has always been engaged in his community,” said Fallin. “He will make an excellent and engaged board member at the GRDA.”

“I admire the work that GRDA has done in the past with staff members and administration,” Lewandowski said. “They have displayed respect not only for the environment, but also for the people who live and work in this area we call home.”

The Grand River Dam Authority (GRDA) is an agency of the state of Oklahoma, created by the Oklahoma Legislature in 1935 to be a “conservation and reclamation district for the waters of the Grand River.” Headquartered in Vinita, the GRDA is a non-appropriated state agency, fully funded by revenues from the sale of electricity and water instead of tax dollars. GRDA generates, transmits and sells electricity to Oklahoma municipalities, electric cooperatives and industrial customers, as well as off-system customers across a four-state region. GRDA manages more than 70,000 surface acres of water in northeast Oklahoma. GRDA fulfills its responsibilities by operating three hydroelectric facilities and managing two lakes along the Grand River system. These facilities, along with the two coal burning units at the Grand River Energy Center (GREC), Red Bud facility and wind generation from several different Oklahoma wind farms combine to give GRDA a total electric generation capacity of close to 1,900 megawatts.