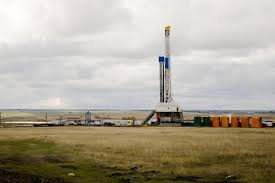 The largest well reported so far this week in the state produced 1,335 barrels of oil a day when it was completed by Continental Resources Inc. in Garvin County.

The Omer 6-20-17XHS is located approximately 8 miles south of Lindsay and was spud in January with drilling finished in April. Completion was made June 4, 2018 according to the completion report on file with the Oklahoma Corporation Commission.

The well also had 1,556 Mcf of gas coming from the Springer play.

Three new wells were also reported completed in Kingfisher County, the heart of the STACK play. All three were in the 200-300 barrel range and were drilled and completed by Chisholm Oil and Gas Operating LLC based in Tulsa.