But the net income for shareholders amounted to 64 cents compared to 82 cents reported a year ago and the company said it was offset by the impacts of increased common units outstanding resulting from the completion of Simplification Transactions announced last summer.

The company said its earnings before interest, taxes, depreciation and amortization increased by nearly 27% to $168.5 million in the second quarter compared to the nearly $133 million reported a year earlier.

The company also increased its cash distribution to unitholders to 52 cents or $2.08 a year. It’s a 40% increase over a year ago.

Despite growing efforts of renewable energy, company President and CEO Joseph W. Craft III said the company coal sales volumes were up significantly “as we shipped substantially all of the 1.4 million tons impacted by weather-related transportation disruptions during the sequential quarter.” 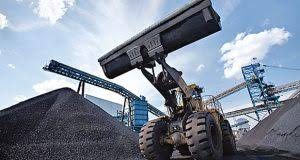 New commitments for nearly 8.9 million tons to be delivered to domestic customers through 2021  were secured by the company

” We also continued to strengthen our international coal sales position, booking an additional 4.6 million tons for delivery to the export markets over the next 12 to 18 months. ARLP is now essentially sold out for its planned 2018 sales volumes and has increased its anticipated export sales for this year to approximately 11.1 million tons,” said Craft.

As a result, the company is again increasing its full-year 2018 guidance for revenues, net income and EBITDA.