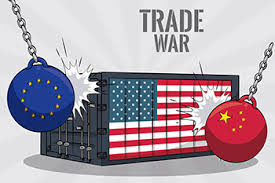 Start settling some of these agreements. It’s the advice Oklahoma U.S. Sen. James Lankford is telling the Trump administration as the tariff war waged by the President is harming businesses in Oklahoma and the rest of the country.

“I can’t tell when it will end,” said the Senator in an interview with OK Energy Today.  “We have so many of the agreements up in the air. It would be very, very helpful and provide certainty for manufacturing and agriculture.”

He confirms his office is getting first-hand accounts and pleas for help from Oklahoma businesses and farming operations. 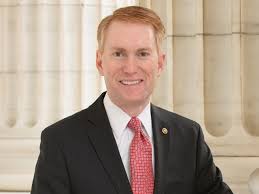 “Absolutely. Manufacturers that sell overseas. Food and fiber. They have reached out to me and said ‘here are the struggles that we have’,” he explained.

“This is not a future threat to them. For many of them, this is a current threat,” added the Senator. “They’re not asking for help. They’re asking for when.”

“They’re trying to plan for the future. How many times will I have to lay off employees before we resolve this. Or if you’re putting crops in the ground right now and you don’t know if you can sell them, it’s difficult to get a loan from the bank,” he said.

Still, the Senator said he has no challenge to the President’s attempt at settling inequities in trade.

“My challenge is that it is best for us and our economy to have a few number of trade agreements going on than as many as they have,” he continued. “If they can resolve some of those trade agreements, that’ll give certainty to some trade partners we have.”

China will be one of the most difficult.

Here is part of the interview by Jerry Bohnen.