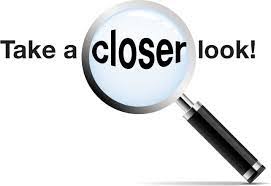 One consumers’ group, Americans for Prosperity-Oklahoma is asking the Oklahoma Corporation Commission to take a closer look at the $5.4 billion Wind Catcher Energy project proposed by Public Service Company of Oklahoma.

The group delivered letters from more than 600 Oklahomans to the commission on Monday. It also issued a challenge in the form of a letter to the commissioners to answer critical questions about the massive wind farm and transmission project.

“We ask the commission to thoroughly exercise its oversight authority by carefully considering the numerous risks in the light of the uncertain benefits this scheme proposes. Preventing gambling and imprudent decision-making with the funds of ratepayers and taxpayers is at the core of the mission of the commission, and we ask they take that mission seriously,” said AFP-OK State Director John Tidwell. “Oklahomans have fair and legitimate questions that should be answered in this worrisome, rushed process. In its current form, the Wind Catcher Energy Connection Project is a risky scheme that is simply not a good deal for Oklahomans.”

His group raised a series of questions about the project.