ConocoPhillips struggles with pipeline shortage in the Permian Basin 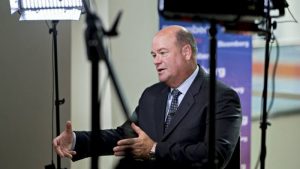 The pipeline shortage to move oil out of the Permian Basin in west Texas and New Mexico is a big enough factor that oil in the basin is literally as much as $12 a barrel cheaper than the price of West Texas Intermediate crude set at the Cushing, Oklahoma hub.

And it has caused ConocoPhillips to consider temporarily backing out of the Basin. However CEO Ryan Lance has told the Financial Times it is only a temporary delay.

He admits it was caused by how quickly the oil and gas pipelines in the basin filled up. And there was the speed of the rig growth in the region.

“Production has come on quicker in the Permian Basin, because the rigs were ramped up a lot faster than we would have thought maybe a year or a year and a half ago,” he said.

The company anticipated pipeline challenges not for another year and not now. It is also affecting the company operations for Conoco does not have firm commitments for pipeline capacity to transport its oil to the Gulf Coast refineries and export terminals. Like other companies, Conoco is searching of course for pipelines but also delving into using trucks and maybe trains to transport the crude.

As a result, the company has given consideration to slowing down its drilling rate in the Permian.

“We have other opportunities to go spend our capital,” said Lance. “And I am not sure it makes sense to drill into that headwind.”

But it isn’t an easy decision because the company wants to continue drilling and exploring in the Permian and to be ready when conditions are improved.

Lance said it’s a case of “when we’re ready to go into full manufacturing mode, we’re there and we’re optimised.”