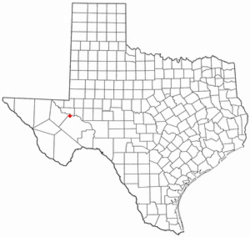 Another earthquake was reported late in the week in west Texas. The U.S. Geological Survey recorded a 2.6 magnitude quake Thursday evening.

The epicenter, like one  recorded earlier near Balmorhea was close to the surface. The USGS said its depth was about 2.5 miles.

The quake about 15 miles from the Pecos county town of Coyanosa which is located northeast of Balmorhea but still in the same region. That would put it about 70 miles southwest of Odessa.

Many contend an increase in oil and drilling in the region is to blame for the growth in quakes. However, the quakes have been less than 3.0 magnitude.