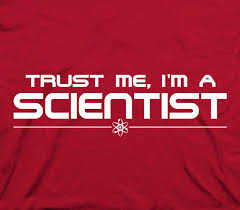 The National Science Foundation is under fire from four U.S. .Senators over its grant-making process and two of the Senators are Jim Inhofe and James Lankford.

They joined Texas Sen. Ted Cruz and Rand Paul of Kentucky in requesting the Foundation’s Inspector General Allison Lerne to investigate their concern that the NSF has “issued several grants which seek to influence political and social debate rather than conduct scientific research” in contradiction of federal law.

They cited the Foundation providing more than $4 million to “a climate-change coalition to turn television meteorologists into climate change evangelists.” They said $3 million came after initial research revealed a significant lack of consensus on climate change among meteorologists.

“Research designed to sway individuals of a various group, be they meteorologists or engineers, to a politically contentious viewpoint is not science – it is propagandizing.  Such efforts certainly fail to meet the standard of scientific research to which the NSF should be devoting federal taxpayer dollars,” the senators wrote.

The senators went on to ask Inspector General Lerner to answer seven questions in her investigation to determine if proper quality controls are in place at NSF and to discover if the agency failed to abide by federal law while using the American people’s tax dollars to fund research.

Here is the full letter.

The federal government is the largest benefactor of scientists conducting research in the United States, devoting billions of dollars to scientific pursuits each year.  The role of organizations such as the National Science Foundation (NSF) is to provide financial support to scientists conducting basic research which furthers public knowledge and the common good.

However, we are concerned the federal government’s system of supporting research lacks sufficient quality controls, leading to projects designed with the stated and specific intent to convince members of the general public to adopt particular political positions.  NSF, intended to be a supporter of basic research beneficial to the common good, has issued several grants which seek to influence political and social debate rather than conduct scientific research.  The manner in which grants such as these receive federal funding is deserving of further scrutiny.

To that end, we are requesting that the NSF Office of the Inspector General (OIG) conduct an investigation to determine whether wrongdoing, including violation of federal law, took place throughout the approval process which resulted in NSF Grant #0917566 and #1422431, as well as #1664260, receiving federal funding.  We are also requesting the NSF OIG investigate whether the “research” or outcomes of these projects constitute violations of the Hatch Act or any other federal statute or regulation.

Grants #0917566 and #1422431, entitled “Enabling TV Meteorologists to Provide Viewers with Climate Change-related Science Education Based on ISE ‘Best Practices,’” and “TV Weathercasters and Climate Education: Expanding the Reach of Climate Matters,” received $1,060,432 and $2,998,178 respectively.  These funds were issued to a partnership of two universities and Climate Central, a group The Washington Post described as:

“[A]n advocacy group, aiming to get people to do more about what the group now sees as ‘a clear and present danger’— global climate change.  As its rewritten Web site [sic] now says, its mission is not just to inform people but also to ‘inspire Americans to support action to stabilize the climate, prepare for a hotter world, or some combination of the two.’”

Climate Central has since changed the manner in which it characterizes itself, perhaps due to the attention it received from The Washington Post, but the organization’s receipt of federal dollars for advocacy efforts raises significant concerns.

The initial research group’s efforts were to determine the methods TV meteorologists use to disseminate “informal science education, and make recommendations to improve practice,” as well as produce “educational materials, principally a set of 30-second segments that can serve as a resource for TV meteorologists nation-wide.” From this research, the coalition determined:

“Uncertainty associated with climate science and the science-policy interface presents unique challenges owing to the complexity of the climate system itself. …” and

“Rather than rationally weighing the evidence and deciding for themselves, as would be expected under more traditional ideas of scientific judgment, scientists may also use the views of a relevant peer group as a social cue for forming their own views. … [C]limate science expertise may be a less important influence on global warming views than political ideology or social consensus norms.”

Having learned that meteorologists in general remained inconclusive regarding climate change, this coalition then returned to the NSF and secured an additional $2,998,178 to expand “the reach” of a political advocacy group by recruiting 200 additional weathercasters nationwide to participate in “professional development activities and training on use of Climate Matters [a subsidiary of Climate Central] materials to help them become confident and competent climate educators. …”

We find NSF’s stewardship of the federal taxpayer dollars devoted to the latter project particularly egregious for a number of reasons.  Given the earlier finding, it is troubling that NSF saw fit to fund this project designed to “recruit” experts to a position they did not come to of their own accord as meteorologists. It is further troubling that the specific objective of converting meteorologists to a climate-action-oriented opinion was to show them how an unknowledgeable citizenry would be more easily convinced of the same belief.

Similarly, Grant #1664260, “Engineering Dissent: Moving Political Engagement for Social Justice from the Vanguard into the Mainstream of the Engineering Profession,” also seeks to disseminate and convince individuals to adopt a particular politicized worldview.  The proposal received $369,480 “to study political engagement around social justice issues by a vanguard of engineers and to investigate how their dissent – be it expressed as activism, advocacy, protest, or reform – shapes the culture of their profession.” The aim of the investigators was simply “to strengthen the role of social justice by, (a) mapping the evolution of social justice in the culture of the profession, and then (b) sharing the findings (of effective channels of advocacy) with engineering student groups and professional member societies.”

Unfortunately, these are hardly the only examples of NSF funding projects that appear to have little value beyond pushing for increased political activism.  Grant #1423788, “Understanding the Mechanisms for Disengagement from Contentious Political Interaction,” provided $149,975 to examine whether individuals who shy away from conflict are less likely to participate in the political process and how to help them overcome this reluctance.  Grant #1528487, “Collaborative Research: A New Design for Identifying Persuasion Effects and Selection in Media Exposures Experiments via Patient Preference Trials,” provided at least $588,225 to researchers to look into the following questions: “Does media choice cause polarization or does polarization cause media choice?” as well as to what extent media can persuade viewers “across the partisan aisle. …”

We have considerable concerns that each of the aforementioned grants fall substantially outside the scope of “basic research,” the mission of the NSF, as well as the federal government.  Each of these grants is explicitly designed to influence political debate in favor of a particular, and controversial, viewpoint.  This is a stark departure from the purpose of the NSF, which includes “promot[ing] the progress of science.” Research designed to sway individuals of a various group, be they meteorologists or engineers, to a politically contentious viewpoint is not science – it is propagandizing.  Such efforts certainly fail to meet the standard of scientific research to which the NSF should be devoting federal taxpayer dollars.

For nearly 80 years, Congress has imposed significant restraints on the legality of using federal resources to engage in political activity.  Namely, the Hatch Act prohibits federal employees, agencies, and other entities from engaging in partisan activity with the use of federal resources.  It is unacceptable for federal agencies to support such research which attempts to convince individuals to adopt a particular viewpoint rather than conducting objective research examining a given topic.  In light of these concerns and the information provided in regards to the grants detailed above, we ask that NSF OIG conduct an investigation to determine the following: