Pipeline maker and nail manufacturer—victims of war on tariffs 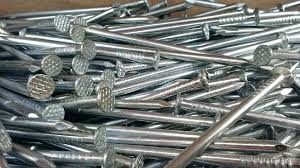 Caught in the President’s war on tariffs—some steel makers in Texas and Missouri.

Borusan Mannesmann, a firm that manufactures pipes for the oil and gas refineries in Texas said the tariff war will mean it won’t expand and hire more workers this year. It will also cost the company $35 million a year.

The firm imports steel tubing and casing from a parent company in Turkey and finishes the products at a factory in Baytown.

The company imports steel tubing and casing from its parent company in Turkey, and finishes the products at a factory in Baytown. It is seeking an exemption from the tariffs and is awaiting the administration’s decision.

The company has reached out to the Trump administration, offering to spend up to $75 million on another pipe factory in Baytown in exchange for a two-year exemption from the 25% tariff.

Another company hit hard is Mid-Continent Nail which laid off 60 of its 500 workers in Poplar Bluff, Missouri. It blames the tariff on imported steel explaining that orders for nails plunged 50% after the firm raised prices to deal with higher costs.

Mid-Continent Nail is the largest nail

Borusan Mannesmann is one of about 21,000 US companies that have filed for waivers from the steel and aluminum tariffs. The Commerce Department has granted seven, including Schick Manufacturing, the razor blade producer.

Mid-Continent Nail, the largest nail manufacturer in the United States, has also been caught in the Trump administration’s trade fight.

Its plant in Poplar Bluff, Missouri, laid off 60 of its 500 workers last week because of higher steel costs. The company blames the 25% tariff on imported steel. Orders for nails plunged 50% after the company raised its prices to deal with higher costs.

A company spokesman indicated this past week that the company “is on the brink of extinction.”