Rig Counts Jump in Oklahoma and Across the U.S. 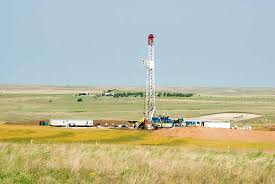 Oil and gas rig counts soared in the past week in Oklahoma and the U.S.

Oklahoma’s count grew by 5 to reach 126 active rigs. The national count, according to Baker Hughes Co. grew by 10 to hit 1,003 rigs. The growth included 11 more oil rigs to make a total of 808 while the number of gas-drilling rigs remained at 194.

Canada’s count of active rigs in the past week fell by 23 to settle at 111.

Oklahoma’s jump of 5 rigs was the largest increase of the active oil and gas states. In Texas, the count grew by 2 to reach 498. New Mexico added 3 to reach 90 while North Dakota added one to hit 54 working rigs. Colorado slipped by one to reach 30. Baker Hughes reported only 2 working rigs in Kansas, but the Redtop Rig Report maintained by the Independent Oil and Gas Service in Wichita had the count remaining at 39.

Oklahoma’s Woodfords remained at 8 while the D-J Niobrara in Colorado stayed at 24.