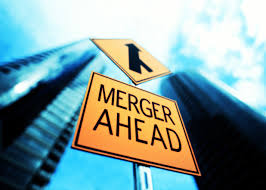 After activist investor Carl Icahn rattled the cages at Oklahoma City’s SandRidge Energy and forced the company to scrap a $750 million takeover of a Colorado company, now a Tulsa company is wanting to merge with SandRidge.

Midstates Petroleum Company, Inc has proposed a move to combine with SandRidge energy in an all-stock merger that would result in what it calls a “leading exploration and Production company in the Mississippian Lime play.”

On Tuesday, Midstates sent a letter to the Board of Directors of SandRidge detailing the merger proposal.

“We are ready to move forward immediately to negotiate a merger agreement to form a stronger, more formidable company,” said David J. Sambrooks, President and Chief Executive Officer at Midstates. “The combined company will have zero net debt, strong liquidity and forecasted free cash flow generation of up to $480 million over the next five years.”

SamBrooks became President and CEO in the third quarter of 2017. He contends the combination of the two would bring undeniable benefits to shareholders of both companies.

“The strategic fit and geographic overlap of both companies’ assets in the Miss Lime and NW STACK builds critical mass, creates significant synergies and generates superior risk-adjusted returns,” said Sambrooks. He’s encouraging the SandRidge board of directors to move toward a negotiated transaction.

The proposed merger would result in a company with control over 450,000 net acres in the core of the Mississipian Lime play and produce more than 53,000 barrels of oil equivalent a day. The new company would also own 75,000 net acres in the emerging NW STACK play currently being delineated through drilling activities.

Under the proposed merger, Sambrooks would emerge as the leader of the newly-formed company. In the deal, SandRidge shareholders would receive 1.08 shares of Midstates for each existing SandRidge share.

Midstates claims the proposed merger has the support of Fir Tree Partners and Avenue Capital Group, the largest shareholders of Midstates. Fir Tree Partners joined Icahn late in 2017 in opposing the move by SandRidge to acquire Bonanza Creek Energy of Denver, Colorado. The opposition eventually led to SandRidge backing out of the deal.

So far, there’s been no reaction from Icahn about the proposed merger.

Midstates had third quarter net income of nearly $4 million and a $170 million borrowing base. In July of 2017, the company sold $7 million in non-core assets in Lincoln County, Oklahoma.