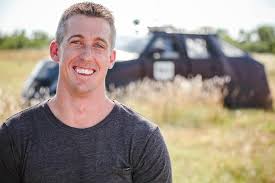 Details of the death of TV’s Storm Chasing star Joel Taylor indicated he was found dead on a cruise ship last this week in San Juan, Puerto Rico.

Yahoo reports the cause of the death of the 38 year old Discovery Channel star from Elk City, Oklahoma has yet to be determined. He was found dead in his cabin on the Royal Caribbean Cruise ship Harmony of the Sears which docked Tuesday in San Juan.

“The U.S. Coast Guard in San Juan, Puerto Rico was notified today in the afternoon by the Royal Caribbean Harmony of the Seas cruise ship that they had a death on board,” Ricardo Castrodad, public affairs officer for the Coast Guard’s San Juan sector, tells to PEOPLE.

Though an investigation is already underway, Castrodad says the Coast Guard has yet to inspect the cruise ship.

“As is our standard procedure, law enforcement was notified and responded to the ship when it arrived in San Juan, Puerto Rico, on Tuesday, January 23,” Owen Torres, manager of global corporate communications for Royal Caribbean Cruises said in a statement to PEOPLE.

“We extend our most sincere and heartfelt condolences to the family and friends of the 38-year-old male guest from the United States who died while onboard Harmony of the Seas. A member of our Care Team is providing support and assistance to his family,” he added. 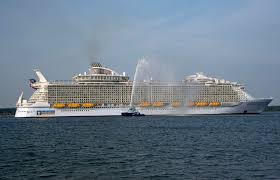 At the time of Taylor’s death, the cruise liner was hosting Atlantis Events’ all-gay Caribbean Cruise which sailed from Ft. Lauderdale, Florida, on Jan. 20 and is scheduled to return on Jan. 27.

Headlining a concert on the cruise were actress and singer Olivia Newton-John as well as Swedish electronic dance music duo Galantis.

Taylor’s best friend and former costar Reed Timmer was among the first to publicly grieve his passing on social media.

“RIP my best friend and storm chasing partner, Joel Taylor. I am shocked and absolutely devastated by the loss of my incredible, caring friend,” Timmer tweeted along with photos of them when they were chasing storms together since 2008. 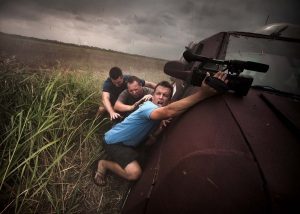 “We chased so many intense storms, and I wish we could have just one more storm chase. I’ll miss you forever, Joel. We lost a legend,” added Timmer, who attended the University of Oklahoma with Taylor, who studied meteorology.

The Discovery Channel also released a statement to PEOPLE: “We are so saddened to hear about Joel’s passing. We will always remember him fondly as an incredible meteorologist and driver of ‘The Dominator.’ Our thoughts and prayers are with his family and friends at this difficult time.”

Storm Chasers was filmed each year in the area known as Tornado Alley due to the frequency and severity of tornadoes occurring there in the central part of the U.S. Several teams of storm chasers appeared in the series and Taylor joined the cast in early 2008 as part of the team from the website TornadoVideos.Net (TVN) that was led by Timmer.

The show was canceled after five seasons in January 2012.